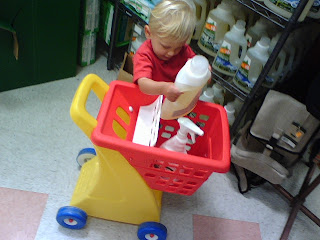 It's nice to be back in Santa Monica. I don't often regret leaving Southern CA, but on days like this, when it's beautiful outside and there's good people around, I kinda miss it.

This morning was one of the hardest mornings yet on the tour. We both went to bed at our usual 11.30pm after consuming some nice Cab and Merlot (that was surprisingly jammy!). Pax woke up at 4.45am and refused to go back to sleep. So, Holly, sick as she was, woke up with the munchkin and was with him in the front room of the house for an hour before I relieved her by taking him on a walk from about 6.30-7.30am around town. Got a bagel and some fresh-squeezed orange juice. Mmm.

When he was ready for his first nap at 8.30am, we all slept...for about an hour and a half. Thank God. Wow.

Luckily today's drive is but 30 minutes across town to Hollywood Adventist Church. It's this amazingly futuristic (in the 1960s sense of the word...atomic architecture, I heard it called) and spacey. Quite a piece of modernity.

We're playing a show here tonight and are really looking forward to it.

Tomorrow, we head south to San Diego for the weekend...and we have the evening off to simply hang with the Evans and Gonzales. So looking forward to it. Then 3 shows in SD, 1 show in Pasadena, a show up north and then home.

This has been a good and challenging tour. But it's been unusually refreshing for me. And I've personally felt in a better space during it...at least when I'm not dead tired.
Posted by Ryan Lee Sharp at 4:01 PM

if you have any extra time the encinitas street fair is going on this weekend.

have fun and enjoy the beautiful weather!!!