Geez. This morning, Holly awoke to this... 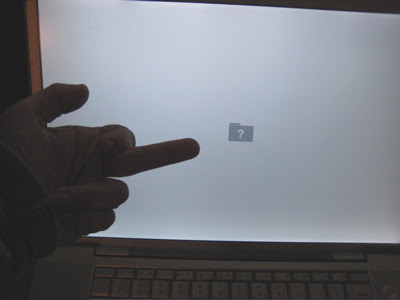 So after the farmer's market, Holly and I drove to the mall to the Apple store for–catch this–the 7th hard drive replacement on an Apple Computer in 24 months...the last 6 being in the last year...and this being the third replacement on this computer. Wow.

Dumb luck, we're told. I'll say. Oh, and it might take longer than 1 week for them to get a replacement hard drive. Oh Lord, again in the midst of our chaos.

One of the things I wanted to get upon re-arrival into SF was to get a desk for Holly and I to work at. I found one last night on Craigslist and couldn't turn it down...it was just down the street.

So on BUY NOTHING DAY, I bought something. But Bethany says that because it was used, it's off the books. Sounds good. 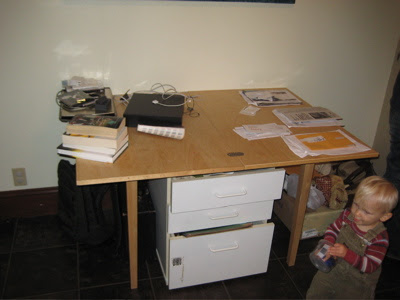 Pax has been generally sick and fussy. Luckily my mom and sister and Dan and Bethany have been around to shoulder the burden.

Tomorrow we're gonna head to Golden Gate Park and run the WILD 5k or 10k...not sure which yet.
Posted by Ryan Lee Sharp at 5:49 PM