The Gospel and Apple

So, Holly's laptop is in the shop. They tell us it's the hard drive again. Turns out this is the third hard drive we've replaced on this laptop in 2 years. That means nothing to Apple. They think it's merely a hard drive issue and nothing more. They won't replace the computer or think of a larger problem to fix.

My hands are kind of tied and our AppleCare warranty will run out in August. I am thinking of writing a letter to the Better Business Bureau and Apple Corporate, but I am wondering if there is some better, more subversive, more generous way, to approach this? I have called Apple and followed up the chain from AppleCare to CustomerCare to Technical Support. All of their hands are tied apparently.

Holly's computer died. This time they think it's the logic board. Geez. Luckily, she's been militant about backing up information. Unluckily, this is one of the busiest weeks for her. Geez.
Posted by Ryan Lee Sharp at 5:46 PM No comments:

This is a poem I wrote for the retreat we led last weekend. Thought I'd share it here as well. Enjoy.

This is the world we live in. This is God's good world. For all the chaos and distraction and unhealth that seeks to define us, there is a good world beneath...beckoning us to share it's rhythm. Calling us back to our true source.

Still, we tend to hear those who shout loudest.

Consume, consume, consume! Eat! Starve yourself! Buy more stuff! You're not pretty! You'll never get the girl! Your life is insignificant! Violence is the only way to resolve your problems!

But there is a still small voice calling us home. A return to the most ancient of ways. A calling to our true self. A calling for our present...into God's future.

Be still. Move with me. You are not what you own. Time is not ticking away. Your life matters. Try turning the other cheek. Beauty is fleeting.

We have been spending several days at Sonic Zen Studios in Berkeley the last few days, mixing the new The Cobalt Season record. Wow. It's coming along so well. I will be so proud of this album when it's complete.

We go in Sunday for what will hopefully be the final mix day. Then we'll take a week and listen on different speakers/stereos around the house and in the car. We're hoping the album will be mixed, mastered, and sent off to replication by mid-April. That's what we're hoping for.

Then we'll attempt some album release parties in May around the Bay. Should be fun.
Posted by Ryan Lee Sharp at 8:41 PM 3 comments:

The End of The Spear

Just finished this movie today. It wansn't too bad. I pretty much knew the story of the Elliots and all those folks. Still, it was beautiful at moments to be reminded of it.

I tell you, it was interesting that the "evil" that this tribe had to overcome was this whole "fear of others" that continually led them to "pre-emptive warfare". Interesting that that was the key piece to how the Good News intersected their culture.
Posted by Ryan Lee Sharp at 10:52 PM 5 comments:

Thanks to Craig for this link. Wow. Poignant.

Posted by Ryan Lee Sharp at 7:25 AM No comments:

We're off tomorrow morning to spend a weekend here. We'll spend a day skiing here. And then we'll spend some time with these good folks talking about creativity and prayer and how they might intersect. We'll also be stopping at our favorite winery in the sierras, Mt. Bullion. We're gonna ask this husband/wife team from the Bay Area how they picked up and moved out there and started a small winery...because we'd like to do the same some day.

Have a lovely weekend.
Posted by Ryan Lee Sharp at 8:22 PM 1 comment:

I just posted some new pics on Pax's blog. What a cute kiddo. 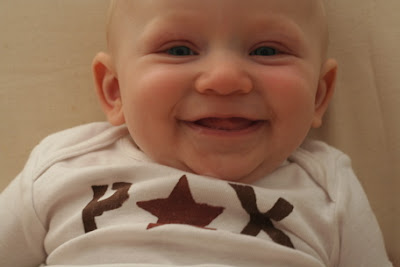 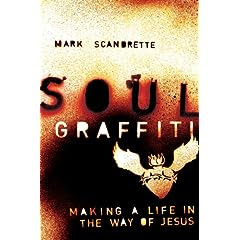 Yesterday, we took a proper sabbath. It was lovely. A day in Golden Gate Park. So wonderful. We all 3 got our first 2007 sunburns. I took sabbath from "A Theory of Everything" which is a book I have been thoroughly enjoying. We decided that Mark's new book ("Soul Graffiti" which you should pre-order here) would be a good sabbath book to read aloud to each other. There goes that one-book-at-a-time decision. We got several pages in and are just loving it. I want to get this book for so many people. We called Mark to tell him so, and he responded, saying, "Glad you like it. I wrote it for the two of you." He made the mark. Buy it.
Posted by Ryan Lee Sharp at 9:31 AM 3 comments:

Thanks Adam. If you're ti(red) of corporations simply adding a product and suddenly moving from "human rights violator" to "philanthropist", then check this out.
Posted by Ryan Lee Sharp at 8:11 AM 3 comments:

TCS on a Podcast

The Cobalt Season was featured on this week's SIMPLEMUZIK podcast. Enjoy.
Posted by Ryan Lee Sharp at 7:55 AM No comments:

Rick is blogging his smack again.

It's about time.
Posted by Ryan Lee Sharp at 6:44 AM No comments:

I have high aspirations and challenging ambitions.

If you're in/near Richmond, please come check us out tonight. It's $5 at 7pm here. Us is The Cobalt Season, which tonight is Holly, me, Dan on guitar, and Jared on Upright Bass. We'll be playing 4 new songs off the forthcoming album. Fun.
Posted by Ryan Lee Sharp at 12:18 PM No comments:

In my "spare time" I have been able to re-engage the Netflix Queue and watch me some documentaries.

The first documentary is Who Killed the Electric Car?

Was this put out by the same folks as did The Corporation? It has that "professional documentary" feel. I really enjoyed this. It is an interesting thing that all the EVs disappeared suddenly. I am reminded of how GM bought out the SF Cable Car Company and junked the cable cars. Who's to blame for the death of the electric car? Who knows, but this film sure is intriguing.

The second documentary is called Friends of God. It's an HBO special.

Now this film I didn't get on Netflix; I got it from Craig and Lora. Nancy Pelosy's daughter traverses the US, seeking to understand who this group called "Evangelicals" is. Interesting findings...and a particular scene sticks out in my mind: Ted Haggard talking about how Evangelicals have the best sex life and having 2 of his buddies vouch for it.