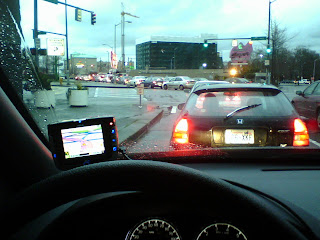 Oh Portland, How I Love Thee

I won't belabor the point...I really do love this town.

Last night was fun. We played for a couple a few dozen folks in NE Portland in this multipurpose room / interfaith chapel type thingie. Our new friends Peter and Solveig (and Soren) put us up for the night and offered us warm hospitality and good conversation.

And following the show, we got to reconnect with Brad and Birgitta and Glenn and Shatrine (and Audrey, who hardly made a peep!). That was wonderful and soulful I felt. We have dear friends all over the place and are so grateful for that.

When we travel, I often grieve that we cannot stay in one place longer. (Of course there are towns that I cannot wait to get out of!) But we pack our days tight. I guess that's no different than our life back in SF. There's simply so much to do...or so we tell ourselves.

I have been thinking about the pace of life that we have chosen for ourselves these last years. We spent 2 years on the beach in Oceanside, CA. And as much as I loved it, I grew very bored, felt anxious to move. Here, it's hard to keep up with myself, my dreams, my convictions.

Still, life is simply full right now and I refuse to simplify in fear of losing some supposed momentum in life. I'm okay with that decision, and embrace it as a seasonal thing. I do not want to live this way all of my life. A friend and I discussed this idea of seasons many moons ago...that perhaps we are afforded certain things in our 20s, certain things in our 30s, 40s, 50s, etc. That is, I ought not pretend that I'm a 60-year-old, trying to find the slow, good life of retirement. I also ought not act like a 20-year-old, full of energy and ready to say, "Yes!" to any opportunity that comes my way.

Perhaps we're afforded different resources at different stages of the game, and it's our choice to use them wisely (and perhaps differently than in previous life stages) or to pretend that we are something we are not.

But then, that assumes that I know what I am.

On to Seattle to meet up with Mark, Nate, and Adam...and several other friends in the area.

Just being here reminds me of my love for this town. Dammit, why do I always have to hit it when it's so friggin' beautiful outside?!? 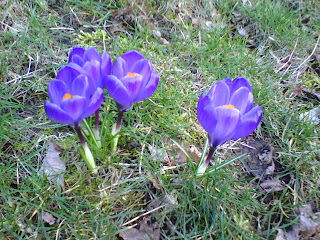 Posted by Ryan Lee Sharp at 1:20 PM No comments:

@ Laughing Planet in Belmont...life is good.
Posted by Ryan Lee Sharp at 12:36 PM No comments:

Wisdom From A Bathroom Door in Eugene, OR 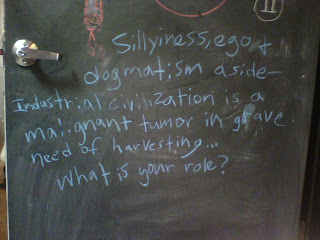 On The Road Again

We left today to drive to the Northwest to play 4 shows and see friends. We decided to rent a minivan since Jared's pickup was still being worked on. I felt really good about this and a friend helped to off the cost a bit. That was nice.

The minivan was great to drive, and as I thought about it, we were saving on gas by having one car instead of two, not to mention, a lower ecological footprint, and perhaps a greater sense of community on the road, since we'll all be in one car.

Picked up the rental at SFO and brought it home to load it. Perfect size for a TCS tour...everything fit...without much extra space.

Jared and I drove last night up to Eugeue, Oregon. Holly and Pax will fly to meet us today in Portland. That way, the kiddo didn't have to endure a 10-hour+ drive. And while I understand that whatever positive ecological karma we might have picked up by driving one car (instead of two), we lost with the flight. So is life.

Last night, we stopped in southern Oregon (Grants Pass) at a winery. They grew Zin grapes (which is why we stopped there and actually paid $5/tasting). I wanted to try an Oregonian Zinfandel...and you know, it wasn't bad. A tad overpriced, but the mesoclimate of that region is not what I thought it'd be. They have hot summers and cool evenings. Who knew? They woman pouring my wine felt that this area would be the next Napa. We'll see about that one.

Jared and I then pushed on into Eugene around 8pm, grabbed dinner with Jeff Wetherell at McMinamans BrewPub on 19th. That was fun. Tomorrow we head up to Portland to see friends and play a show where we're helping promote awareness around alleviating Haiti's debt. Should be a good night. 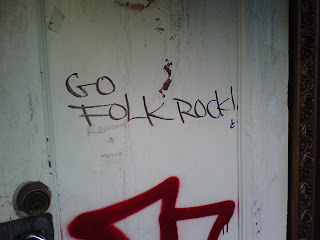 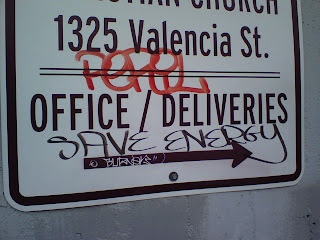 Just launched a re-skin of The Cobalt Season website. Check it. 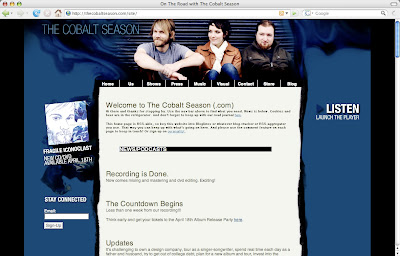 Posted by Ryan Lee Sharp at 6:03 PM No comments:

A Week in Review

It's Friday. Wow. Who knew? That means tomorrow morning is the Farmer's Market, followed by a day of activities and all. That means we take off on tour next Wednesday. Eek! Who knew?

We recorded an album this week. And we are done with it. Today I'll drop off files to Charlie Wilson so that he can mix and master and generally make sense of these near-live recordings that we did in our house.

It was a wonderful, challenging, artful process. We recorded it and now it's off to be put together. Also, Travis and Daley and Holly documented the whole thing on video and film. We'll be sharing some of that shortly.

Just today Pax's nose started running like mad. It turned into a snot-face later in the day. Just a few moments ago, he puked twice on our bed. Poor kiddo. He just went to bed...about 1 hour early. Oh geez. I hope he feels better. Luckily he drank a good deal of juice and water.

I'll soon take Daley to the airport and drop the files off to Charlie. Wow. The week is almost behind us. Magic.
Posted by Ryan Lee Sharp at 5:30 PM No comments:

This is a cool YouTube review of our contribution to JFP. Sweet. Get your copy now!

We just found out that Jared's truck is possibly dead. This is kind of a big deal, being that he carries the "weight" of The Cobalt Season gear on our trips...and we leave on tour next Wednesday. Not to mention we have another CA tour in mid- to late-April...and possibly a national tour in late summer. D'oh!

Help! Anyone know anyone? I know that we could rent, but as most of you know, The Cobalt Season isn't exactly a lucrative venture.

Email me if you've leads. Or if you just wanna donate $350 bucks to our cause so we can rent a minivan for this trip, we'll take that as well! ;)
Posted by Ryan Lee Sharp at 5:04 PM No comments: 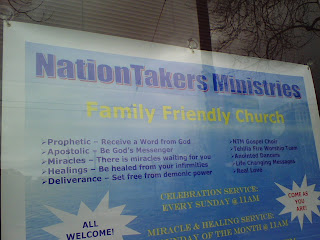 NationTakers as a name for a church. Spooky if you ask me.
Posted by Ryan Lee Sharp at 3:35 PM No comments:

Some of Daley's Goods 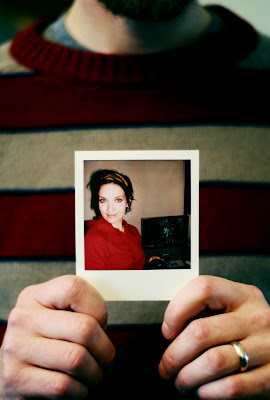 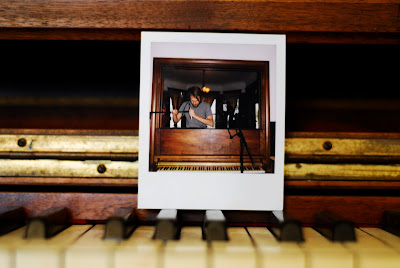 Posted by Ryan Lee Sharp at 9:47 AM No comments:

As I said, Travis from Work of the People is with us this week, filming the experience. I'm pretty sure he captured more than one f*** on tape today. Oops. Well, it's real.

In the studio that is our house. We have 3 of the 7 songs recorded...trying for 3-4 more today. We shall see. Travis is working on a short teaser of video footage. But for now, check out Daley's blog for pics like this...

Thanks to Jean and Trav, we were able to go tasting this afternoon at Ft. Mason. It was a hoot. Us and a million others were tasting. 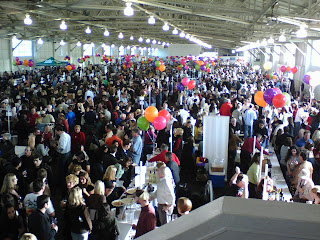 Springtime in the City

Ah, the cherry blossoms. I do hope this means sunshine for a while longer! 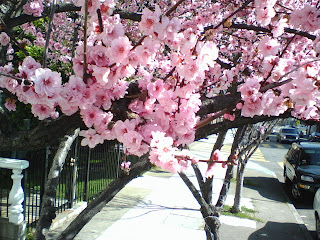 It's official. I am enrolled in the US Davis Winemaking / Viticulture program. My first class starts April 1st and it's self-paced, distance-learning, so it will fit me well.

This is the first step toward our winery / B&B idea.
Posted by Ryan Lee Sharp at 5:45 PM 3 comments:

A Time to Mourn

Let us pray tonight for a peaceful response. Something bigger than simply striking back. Evil begets evil. It is a creative personal (or societal) decision to break the cycle.

Let's not join in naming enemies. That is not the way.

Let us instead simply pray and advocate for mercy and peace as the best tactics at this point.
Posted by Ryan Lee Sharp at 6:44 PM No comments:

Back And A Year Older.

We just got back today. Spent 2 days and 2 nights in the Sierra foothills, tasting fine wines, breathing clean air, hanging with good friends.

Get Thee Behind Me, Flu!

My flu / sinus infection / general bad vibes seem to be behind me now. This morning I woke up feeling almost normal. I will have my first cup of coffee in a week.

Unfortunately, Holly got something last night...I think it might have been mild food poisoning. Whatever it was, the abdominal pain kept her up well into the night. I think around 4-5am, she remembers the pain minimizing to allow for a couple naps here and there. She's still resting now.

We take off in about 2 hours for a couple nights in the Sierras. We're going with a few friends up to the mountains to taste wine, commune with nature, generally feel better, relax, and see if there's any affordable 10-acre plots perfect for growing Zin. We'll see.

Paxton is heading down to Grammy and Poppa's in Santa Cruz for 2 nights. I love that boy, but I will be grateful for a little time away again. I'm sure I'll miss him like crazy by the time the weekend is over, but for now, I'd like to play at being real adults again. Pre-parenthood adults, that is.
Posted by Ryan Lee Sharp at 7:10 AM 1 comment:

Sick of Being Sick

If you believe in prayer, please pray for me. I am so sick of being sick. I know it's only been 5 days, but it's seemed like a lifetime here in our house. Pray that my acupuncture tomorrow can address my body's ailments. Thank you.
Posted by Ryan Lee Sharp at 5:32 PM 1 comment:

Sick As A Dog 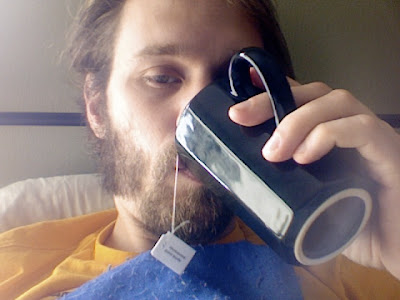 I just finished WHY WE FIGHT, a documentary about America, war, empire, the military-industrial complex, etc.

Sometimes I don't know why I watch stuff like this. I already live with a huge sense of anxiety. But still I'm drawn to that which makes me think and feel restless, those things that cause me to think (and hopefully live) differently.

It's quite the film. 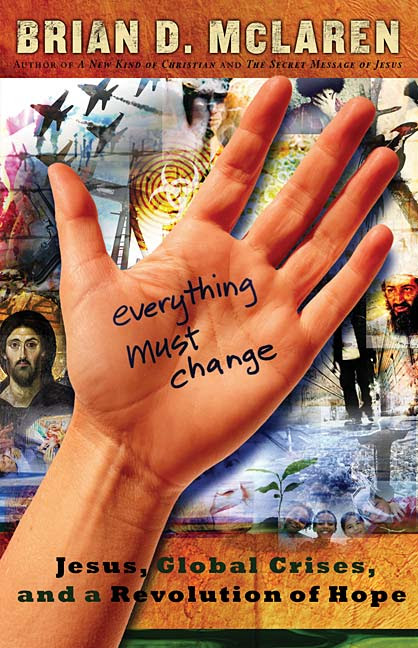 And partner that with McLaren's latest book which I'm reading. I just read the chapter on military spending and the myth of strategic sufficiency. Wow.

If you want to have your mind blown and your heart broken open, check these two things out.
Posted by Ryan Lee Sharp at 1:51 PM 1 comment:

Evan Gross, a friend through the BSN (Burnett Social Network) and a thoughtful Seattle-ite just released his first album. Nice surreal avant-garde singer-songwriter stuff. He's having an album release party on the 22nd of Feb @ Q Café in Seattle if you're around. More info here. Dig. You can also sample and purchase his album from CDBaby.
Posted by Ryan Lee Sharp at 3:09 PM No comments:

Adam just posted a new poem...it's one that he completed last Saturday, just before we went on stage to perform together. It might be my favorite yet.

it can only produce so much
for so long

it can only produce so much
for so long

it pines for lush green, flourishing life
pulling at all its resources
pushing, striving, and trying to be fertile

it's left barren
dusty and cracked

Go to his blog to read the whole thing...and let him know what you think.
Posted by Ryan Lee Sharp at 9:09 AM No comments: 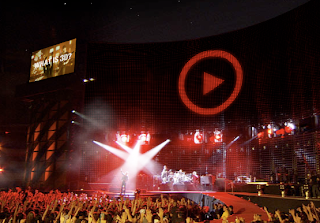 It opens on Feb 15th in Daly City. Anyone interested in going to see this? A friend saw it and said it was unreal...I believe he called it the best U2 performance he's seen. (Am I misquoting you here?)
Posted by Ryan Lee Sharp at 8:25 AM 1 comment: